Coffee Won't Give You Cancer, Unless It's Very Very Hot, Then It Might 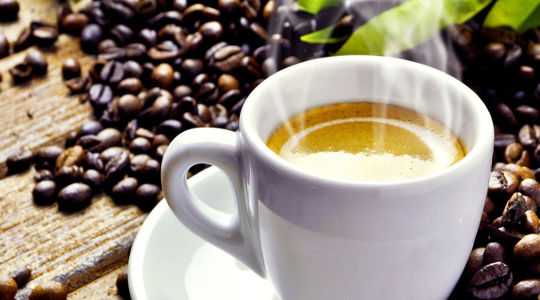 The World Health Organisation’s cancer arm made two announcements this week: one welcome and one not so welcome.

First, it announced there was no conclusive evidence to show coffee increases cancer risk. This is a reversal of the 1991 conclusion, when the carcinogenicity of coffee was first tested, that classified the drink as being “possibly carcinogenic to humans”.

But the International Agency for Research on Cancer’s (IARC) committee that exonerated coffee also found drinking beverages at very high temperatures – as is the cultural norm in some parts of South America, the Middle East and China – probably accounts for oesophageal cancer in those communities.

IARC evaluates the weight of evidence that an agent can increase the risk of cancer by getting together working groups of expert scientists to review published studies.

The data used to conclude in 1991 that drinking coffee may increase the risk of bladder cancer was based on case-control studies. These studies were commonly used to test the verdict of almost all the studies of environmental agents suspected to cause cancer in humans back then.

Case-control studies involve asking a group of, for instance, bladder cancer patients and an equal number of healthy people how often they drank coffee ten, 20 or more years ago. The patients and healthy people would be matched for age, sex and socioeconomic status.

The data from these questionnaires then implicated, but certainly didn’t prove, coffee drinking as a cause of bladder cancer. Such studies are now recognised as relatively unreliable by comparison with prospective studies.

In general, prospective studies sometimes confirm case-control studies about agents considered carcinogenic. But in the case of coffee drinking, recently conducted prospective studies failed to indicate increased risk of bladder cancer or cancer at any other site correlated with coffee intake.

Some findings even suggest coffee reduced risk of some cancers, such as liver cancer. To use the formal IARC language, coffee drinking is unclassifiable as a human carcinogen.

Also dating back to 1991 was a determination that drinking hot mate – a tea-like infusion common in South America – was probably carcinogenic to humans. It was linked to oesophageal cancer.

Interestingly, in the early 1970s, incidence of oesophageal cancer was found to vary by as much as a hundred-fold between different communities living south of the Caspian Sea (in modern-day Iran). The consumption of very hot drinks was implicated in this difference.

So risk is not a consequence of the beverage type (mate, coffee or otherwise), but of the temperature at which beverages of varying types are consumed. How does temperature lead to cancer?

Hot drinks damage tissue, particularly the lining of the oesophagus, the tube running from the throat to the stomach. Scalding injury to body tissue is not known to cause cancer.

But experimental data suggest cancer may arise when tissue injury comes into contact with a carcinogen, such as N-nitroso compounds. The most infamous N-nitroso compounds are their derivatives in nicotine that occur in tobacco and specifically account for certain tobacco-attributable tumours.

Other studies have suggested these compounds can be found in cured meats, bacon, smoked fish and beer.

There are a number of examples where exposure to a carcinogen combined with chronic injury or inflammation have been determined to have caused cancer. For instance, cases of stomach cancer have been attributed to the combination of N-nitroso compounds and a gastric infection.

The latest classification was based on data taken together with a range of experimental studies. It evaluated drinking very hot beverages (including water) at above 65 degrees Celsius as “probably carcinogenic to humans”.

Probably carcinogenic means that once all available evidence is considered together, there is a clear indication of cancer causation following the exposure. At the same time, inconsistencies or less-than-comprehensive data preclude adoption of the more definitive finding that the agent is “carcinogenic to humans”.

This categorisation, which is applicable to agents such as tobacco, effectively means it has been proven to cause cancer in humans.

It’s important to note the latest outcome does not appear to have much relevance to Australia since drinking beverages at this temperature doesn’t account for a distinct fraction of oesophageal cancer cases here.

Not everything causes cancer, but a considerable amount of data needs to be set aside to clearly implicate cancer risk. More often than not, this clear implication becomes clear evidence when cancer incidence in people exposed to particular chemicals, such as in the workplace and to a far lesser extent by consuming certain foods or beverages, becomes known over time. by Lidia Morawska and Guy B. Marks
Authorities recommend control measures, but they are “voluntary”. They include wearing a mask,… by Simon Nicholas Williams and Stephen Griffin
Almost three years into the pandemic, myths and misinformation remain widespread. Here we, a… Attention Parents: What the Triple Threat of Covid-19, RSV and the Flu Means for Children

by Rebecca S.B. Fischer and Annette Regan
Every fall and winter, viral respiratory illnesses like the common cold and seasonal flu keep kids… Viral Infections Are Among The Important Causes of Dementia

by John Donne Potter
With more of us living into old age than at any other time, dementia is increasing steadily…