Heather Bray and Rachel A. Ankeny, University of Adelaide 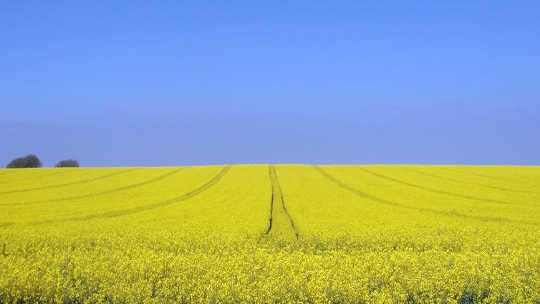 Canola is one of the crops that can involve genetic modification. Paul/Flickr, CC BY-ND

When people don’t seem to use science to make decisions, it is tempting to assume that it’s because they don’t understand the underlying science. In response, scientists and science communicators often just try harder to explain the science in the hope that eventually the facts will persuade people to change their behaviours or beliefs. This is known as “the deficit model” of science communication.

While there have been many attempts in science communication to move away from the deficit model, it continues to persist, partly because we still don’t really understand the different ways in which people interact with science in their everyday lives.

Even the idea that there is a single body of knowledge known as “science” is problematic: various sciences have different ways of weighing up evidence or looking at things such as risk.

Another issue is that people have multiple roles that affect the ways they make decisions: citizen, consumer, scientist, and carer, to name a few. And finally, the role of science in our “post-truth” world is more contentious than ever.

Perceptions of harm versus safety

Our recent qualitative research on women’s attitudes to genetically modified (GM) food attempts to unpack a few of these issues. We wondered how women involved in the production of GM crops made their food choices, whether they used “science” when they chose food for themselves and their families, and whether their decision-making was different from that of women with less science education.

We looked specifically at women because previous research had shown them to be generally more negative about GM foods because they tend to have less education in science, and because they often have caring roles that tend to make them more concerned with food risks. Women are also more involved, generally speaking, with food provisioning.

Among our participants was a group of women with health science backgrounds, as well as plant scientists and women with lower levels of science education.

It was interesting that for all of the women in our study, they preferred food that was “natural” (as in unprocessed), locally produced, healthy and nutritious, and free from additives.

A key difference between them was that the plant scientists did not see food made using GM techniques to be in conflict with any of these categories, and were not worried about eating GM food.

But almost all of the other women in the study – even the highly science-literate women who worked in health science – saw GM food as being in conflict with these core food values.

Note that these are two very different perceptions of risk, which we think may be a result of the women’s different disciplinary backgrounds. For women without science backgrounds, GM food presented unknown risks, and as such was to be avoided.

It is important to remember that all of the women in our study had multiple roles that also influenced their food choices. Most were carers of others who were factored into their food choices: children, elderly parents, and partners. Price, familiarity of brands, and allergies and other dietary needs were all important.

As researchers keen to foster engagement around the role of science and technology in food production, we feel that this research holds several lessons for science communication.

First, it is important to remember that everyday decisions that involve science don’t occur in a vacuum, and that the multiple roles each of us plays also influence our choices.

Second, there is not one singular body of knowledge called “science” with which people engage. Helping people to navigate different disciplinary approaches to risk is particularly important.

Third, one of the consequences of the deficit model has been to limit conversations about GM foods to how they are made, and how risk is assessed by regulators, rather than discussion of broader issues.

This simplistic framing was particularly frustrating for the women in our study with science backgrounds. They wanted a much more sophisticated conversation about GM food than is currently happening in the public domain.

But most importantly, our work points to shared food values between those who eat, and those who do not eat, GM foods. Shared values are an important foundation for engagement, and we believe that our work can contribute to the development of better engagement strategies across different sciences and sectors of the public.