Domestic Violence: Calls For Help Have Increased – But The Answers Haven't Gotten Any Easier 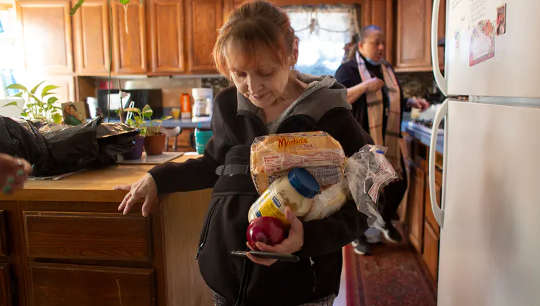 Two women in late February at a Paterson, N.J. shelter for women who have suffered domestic violence. Kena Betancur/AFP/Getty Images

Domestic violence rose globally in 2020 – so much so that doctors have called it “a pandemic within a pandemic.”

The National Commission on COVID-19 and Criminal Justice, a team of national experts tasked with assessing the impact of COVID-19 on the justice system, recently estimated that in the United States, domestic violence incidents increased 8.1% on average following stay-at-home orders. Worldwide, the United Nations estimates there was a 20% increase in domestic violence incidents across its 193 member states during the 2020 COVID-19 lockdowns.

We are criminologists with expertise in domestic violence and policing, respectively. To understand whether and how the COVID-19 pandemic impacted calls for help for domestic violence in the U.S., we examined short- and long-term trends in 911 calls about domestic violence after stay-at-home orders in five U.S. cities and one county: Cincinnati, Ohio; Montgomery County, Maryland; New Orleans, Louisiana; Phoenix, Arizona; Salt Lake City, Utah; and Seattle, Washington.

In five of the six places – all but Cincinnati – pandemic stay-at-home orders increased domestic violence-related 911 calls. But 911 calls tell only part of the story about how the pandemic affected calls for help for domestic violence. Another forthcoming study shows that emergency hotlines that provide crisis support to victims of domestic violence also saw a sharp uptick in calls.

In five of the seven cities we examined – Baltimore, Maryland; Cincinnati; Hartford, Connecticut; Salt Lake City and St. Petersburg, Florida – emergency hotlines experienced an increase in calls in early March 2020. We estimate that because of the pandemic, the emergency hotlines collectively received 1,671 more calls from March to October 2020 than they would have if not for social distancing during the pandemic.

Experts expected the increase in domestic violence victims seeking help last year (2020). Victims and their children were forced to spend more time with their abusers. They were cut off from support systems like school, work and church. Times were stressful and uncertain.

And when the pandemic is over, victims of domestic violence and their children will continue to need help. 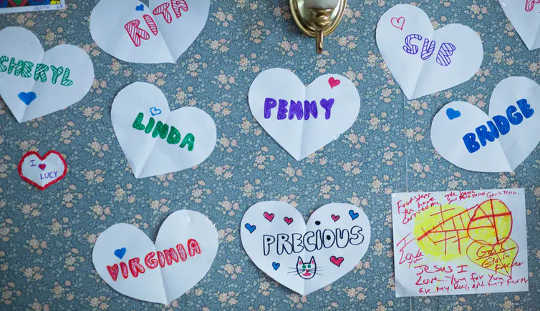 According to the Centers for Disease Control and Prevention, one in four women will experience domestic violence victimization in her lifetime. Women stay with abusers because they have nowhere else to go. In the best of times, women who experience domestic violence face an increased likelihood of being unemployed or underemployed, struggle to find safe and affordable housing and face a higher risk of eviction.

Since women make up two-thirds of the lowest-paid workers in the U.S., those who seek to leave an abuser may have little chance of moving out.

The COVID-19 recession has put more women in this precarious, dangerous position. They comprise the majority of employees in child care, fast food, cleaning services and hair and nail salons. Women in these jobs were always struggling to pay their bills and support their families, but because of COVID-19, their jobs are disappearing altogether.

Housing authorities and landlords often have “zero-tolerance” crime policies – so when a victim of domestic violence calls 911 to seek help, they risk being evicted. And since eviction records can make people ineligible for public housing, this leaves fewer options to escape abusive relationships, continuing the cycle of violence and trauma for women and their children.

There are federal and state protections against evicting victims of domestic violence, but few victims are able to secure their housing rights.

Help for the future

The economic problems associated with domestic violence have never been easily or quickly solved. The pandemic may well mean even fewer women will be able to leave their abusers.

In the years ahead, these victims and their families will need significant financial, legal and housing support.

In March, Congress approved a US$1.9 trillion stimulus bill, which included $24 billion to help stabilize the child care industry, $15 billion for child care subsidies and $450 million for domestic violence services. This money will undoubtedly help some victims leave their abusers.

More recently, the U.S. House of Representatives passed HR 1620, a reauthorization of the Violence Against Women Act which provides resources and legal protections for women who suffer domestic violence. HR 1620 is currently awaiting consideration in the Senate.

Among other provisions, HR 1620 would prohibit firearms purchased by individuals convicted of domestic abuse or stalking.

Firearms are used in 3.4% of intimate partner violence incidents – meaning over 4.5 million women will be threatened with or victimized by domestic gun violence in their lifetime. When guns are used during domestic violence incidents, the attack is more likely to be deadly than if the abuser uses some other type of force.

Meanwhile, highly publicized incidents of police violence have led to widespread calls to redefine what police do and how they do it.

In the midst of the increase in calls for help by victims of domestic violence, “reimagining policing” could include discussions of how police and victim service agencies can better use data to support coordinated community responses to domestic violence.

[Over 100,000 readers rely on The Conversation’s newsletter to understand the world. Sign up today.]

While victim service agencies are important for what’s called safety planning – where abuse survivors brainstorm with advocates about how to stay safe in a future crisis – police are still the main responders for crisis intervention and welfare checks.

While much attention has rightly focused on the increase in calls for help for domestic violence during the height of COVID-19, the pandemic has also highlighted longstanding limitations in responses to victims when they seek help. The problem isn’t new – it’s just getting bigger. Are Children Who Are Hit More Likely To Be Involved In Partner Violence In Adulthood?

by Angelika Poulsen, Queensland University of Technology
While there is a strong link between being abused as a child and growing up to become involved in… Why We Should Stop Telling Girls To Smile

by Natalie Coulter
Girls are constantly told to smile, from T-shirts sold in stores that say “everyone loves a happy… The Noon Club Peace Experiment: Become A Peace Patrol and Be A Vote For Peace

by Will T. Wilkinson
Our frustration is palatable now, in a hate-filled political environment where misinformation and… Anger as a Tool for Growth, not for Destruction

by Susie & Otto Collins
Everyone gets angry. Some people show it openly and others don't. In relationship, anger can be… by James Piazza
Politicians deepen existing divides when they use inflammatory language, such as hate speech, and…