The Greater Good And Why It Matters More Than Ever 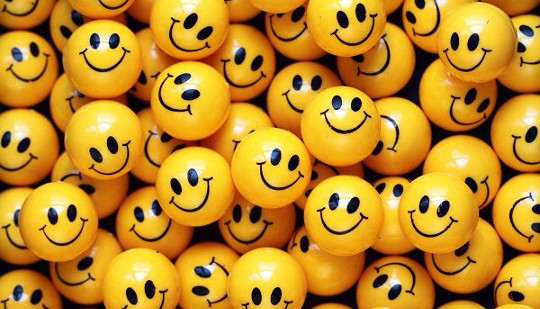 Although the term civilisation has less currency today than it once did, most of us see ourselves as living in a civilisation. And, as posited by John Ralston Saul, our understanding of civilisation tends to be centred on a sense of shared destiny; on shared interests, collective purpose and a common future.

Seemingly abstract, the idea of shared destiny is actually very familiar. Colloquially, we know this as the greater good or its synonyms: the public good or common good.

As Bernard Salt recently noted, the power of the collective has subsided. Yet this has not always been the case and may not remain so for much longer. Indeed, it is important to remember, as the late Tony Judt reminded us, that our current condition is an acquired, not a natural, one.

Given this, it is salutary to reflect on the meaning of the greater good. After all, fortune favours the prepared mind.

An Idea With A Long Pedigree

The idea of the greater good has a long yet punctuated history, replete with diverging meanings.

To illustrate, Plato imagined an ideal state in which private goods and nuclear families would be relinquished for the sake of the greater good of a harmonious society. Aristotle defined it in terms of a communally shared happiness, whose key constituents were wisdom, virtue and pleasure.

More sustained engagement with the concept occurred in the 17th century with the rise of social contract theory. This was a school of thought that we ought to forfeit our absolute freedom to live as we wish for the greater good of the security of shared life in a community.

Subsequently, 18th- and 19th-century thinkers such as John Stuart Mill argued that the right course of action is that which creates the greatest “utility” for society — with utility defined as experiencing pleasure and avoiding pain.

In the 20th century, the greater good received renewed impetus with the work of John Rawls. And in the 21st century, intellectuals such as Noam Chomsky and Slavoj Žižek are readdressing the concept in affirmative and critical ways, respectively.

At minimum, construing the natural systems in which we are nested as the ultimate means upon which all else depends admits the current and future state of the environmental “commons” into our understanding of the greater good.

Of course, the idea of the commons — collective goods to which all group members have free access — is an old one. Common goods (e.g. clean water, air) are clearly a vital, if no longer inevitable, part of the greater good.

Existing and emergent public goods, which include tangible (e.g. roads) and intangible (e.g. democracy) goods, are another indispensable category of collective goods. They reflect our ideals of what a “good society” looks like.

A Once And Future Idea

Australians are endowed with quantities of superb collective goods. By and large, we enjoy equitable access to these goods. However, with the possible exception of those who witnessed their introduction in the post-war years, most of us accept their existence and provision as an unanalysed fact of life.

Too few of us are alive to the meaning of the greater good, its vulnerability – despite its apparent solidity – and its reliance on our collective short-term sacrifice of time, money and effort to confer it equitably in the present and future.

Nevertheless, as new research indicates, we are deeply concerned about the state of the collective goods that our grandchildren will inherit. We are also alarmed by political leaders' stewardship of these collective goods.

As we grapple with complex challenges, it is crucial that we understand how these challenges, and our responses to them, affect the greater good of the present and that which will be bequeathed to future generations.

A grasp of the meaning of the greater good – the idea that we possess, as we have always possessed, shared interests and a common future – is vital. This is because it improves the odds that we will choose what Ross Garnaut calls the “public interest” approach to our challenges rather than persevere with “politics as usual” and “business as usual”.

It is time to think seriously again about this once and future idea.

This article was originally published on The Conversation
Read the original article.

Samuel Wilson is Research Fellow, Swinburne Leadership Institute at Swinburne University of Technology. His research examines the nature of, and public opinion about, leadership for the greater good in Australia.

Mark Manolopoulos is Research Fellow, Swinburne Leadership Institute at Swinburne University of Technology.  He is a philosopher and theologian and has published books and articles on Continental philosophy, radical theology, and ecological thought. by Lynn Greenky
In short, the First Amendment enshrines the freedom to speak one’s mind. It’s not written in code… Jacinda Ardern and Her Politics of Kindness Is a Lasting Legacy by Tim Lindberg
While public opinion and different state laws on abortion rights are sharply dividing the country,… How Did The Patriarchy Start and Will Evolution Get Rid Of It?

by Ruth Mace
The patriarchy, having been somewhat in retreat in parts of the world, is back in our faces. In…